Traditional framework of discriminative correlation filters (DCF) is often subject to undesired boundary effects. Several approaches to enlarge search regions have been already proposed in the past years to make up for this shortcoming. However, with excessive background information, more background noises are also introduced and the discriminative filter is prone to learn from the ambiance rather than the object. This situation, along with appearance changes of objects caused by full/partial occlusion, illumination variation, and other reasons has made it more likely to have aberrances in the detection process, which could substantially degrade the credibility of its result. Therefore, in this work, a novel approach to repress the aberrances happening during the detection process is proposed, i.e., aberrance repressed correlation filter (ARCF). By enforcing restriction to the rate of alteration in response maps generated in the detection phase, the ARCF tracker can evidently suppress aberrances and is thus more robust and accurate to track objects. Considerable experiments are conducted on different UAV datasets to perform object tracking from an aerial view, i.e., UAV123, UAVDT, and DTB70, with 243 challenging image sequences containing over 90K frames to verify the performance of the ARCF tracker and it has proven itself to have outperformed other 20 state-of-the-art trackers based on DCF and deep-based frameworks with sufficient speed for real-time applications. 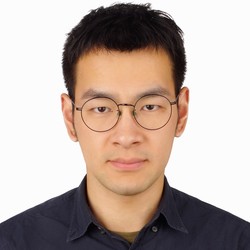